The Evolution of The American Dream In 1931, James Truslow Adams, released a book called The Epic of America. In this book, he stated that the American dream is “that dream of a land in which life should be better and richer and fuller for everyone, with opportunity for each according to ability or achievement… It is not a dream of motor cars and high wages merely, but a dream of social order in which each man and each woman shall be able to attain to the fullest stature of which they are innately capable, and be recognized by others for what they are, regardless of the fortuitous circumstances of birth or position.”

According to Tuslow, it’s the ability to improve in social stature no matter your origins. In the 1950s, the American dream transformed into the idea of building a house in the suburbs with a little picket fence. Martin Luther King, Jr. later expressed that the American dream shouldn’t be about amassing more wealth, but rather the ability for all men to be treated equally, including minorities. Politicians have used the idea of the American dream to cut taxes, increase taxes, create government assistant programs, defund government assistant programs… and so forth.

The most widely accepted definition of the American dream has been the ability to achieve success in your career and financial independence. It’s the ability to offer your family a better lifestyle than what you grew up in. For the longest time, this dream included buying a house. However, with the recent housing crisis and the rising Millennial generation, the idea of owning your own home has become an old fashioned concept. For people living in big cities, renting a luxury apartment is a better American dream than buying a small house outside the city.

In a recent poll, Millennials described the American dream as the ability to travel and have self-employment. Home ownership and a secure retirement weren’t as important to them as it has been for older generations, according to MassMutual’s third biennial study The 2013 State of the American Family.

Throughout the years, many have declared that the American dream is dead. For most people, this dream is simply unattainable. Sixty-two percent said they believe that their parents have achieved the American dream while only 57% believe they are actually living the American dream, according to a recent poll by the National Endowment for Financial Education. So even the idea of giving your family a better lifestyle than what you grew up in is failing.

Comedian and author George Carlin once joked that “It’s called the American dream because you have to be asleep to believe it.”

All joking aside, we believe that the American dream is not dead. And it’s not something we only dream about in our sleep. While it’s meaning has changed throughout the years, it’s continuously on everyone’s mind.

In our opinion, the American dream continues to live on because the American people continue to dream. We continue to hope for a better future. And, while our goals might not align with other people’s goals, we all still dream of a better tomorrow.

Keep the American dream alive for you in your heart and work hard to achieve it.

Let’s work together to keep the American dream alive. 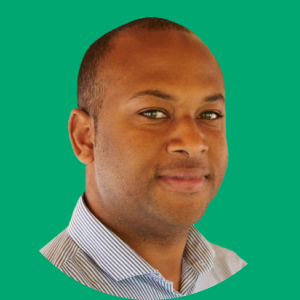